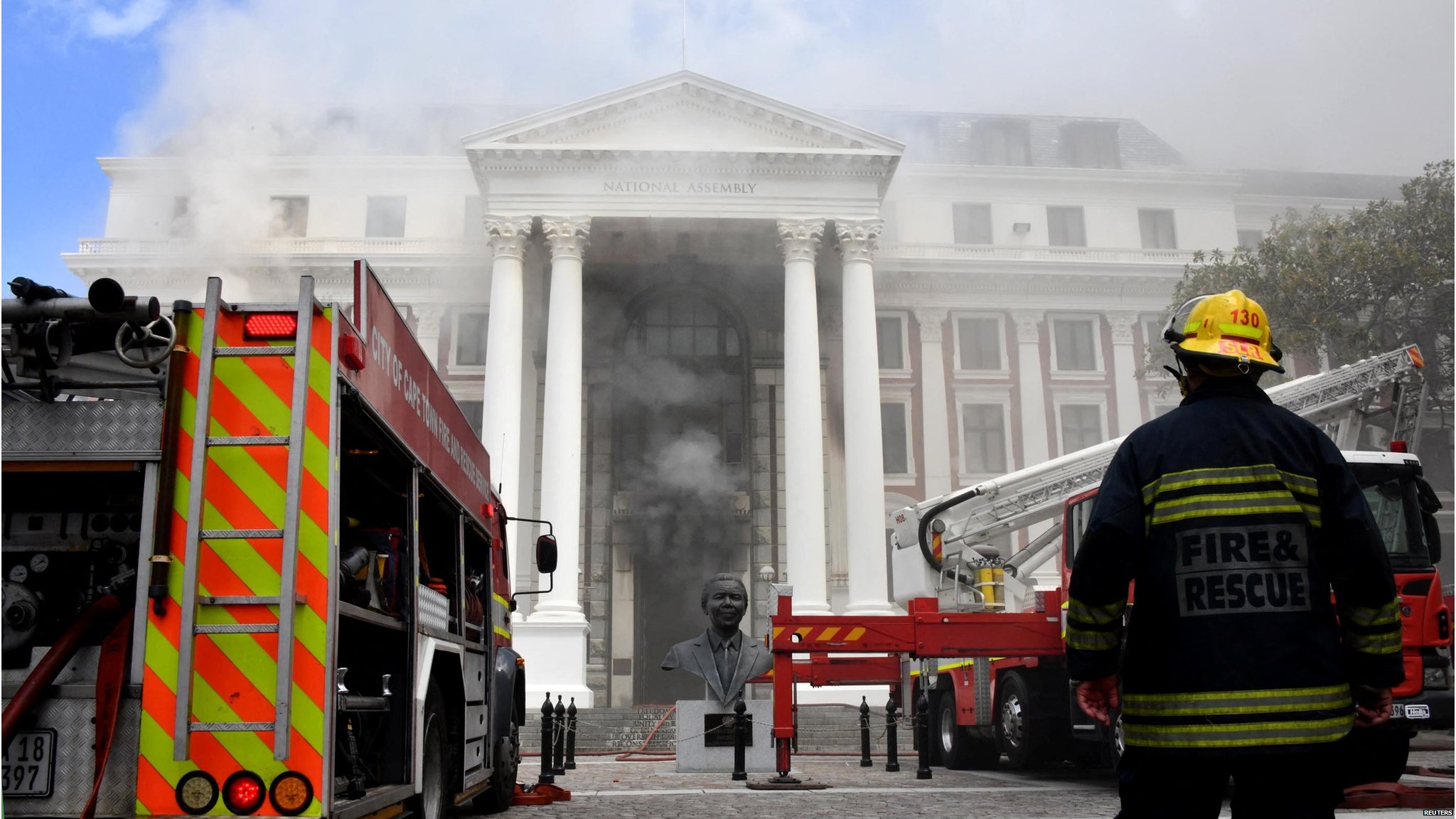 CAPE TOWN: JAN. 3 – A man has been arrested after a large fire severely damaged the Houses of Parliament in the South African city of Cape Town. A police spokesperson said the man was facing charges of arson, housebreaking and theft, and would appear in court on Tuesday.

Firefighters have been working for hours to extinguish the blaze. President Cyril Ramaphosa called it a “terrible and devastating event”, as he vowed parliament’s work would continue.

Footage from the scene on Sunday showed a plume of black smoke filling the sky, with huge flames coming out from the roof of the building.

Officials said the fire started on the third-floor offices and quickly spread to the National Assembly (the parliament’s lower house) chamber, reports the BBC’s Nomsa Maseko in Cape Town. The parliament is not currently in session because of the holidays, and no injuries were reported.

Brigadier Nomthandazo Mbambo said the suspect is also expected to be charged under the National Key Points Act, which protects sites of strategic import

Shows Market Halt , after 147 points down

I bought NHPC and AKPL at high prices. What should i do ?