Russian team back on Earth after filming first movie in space 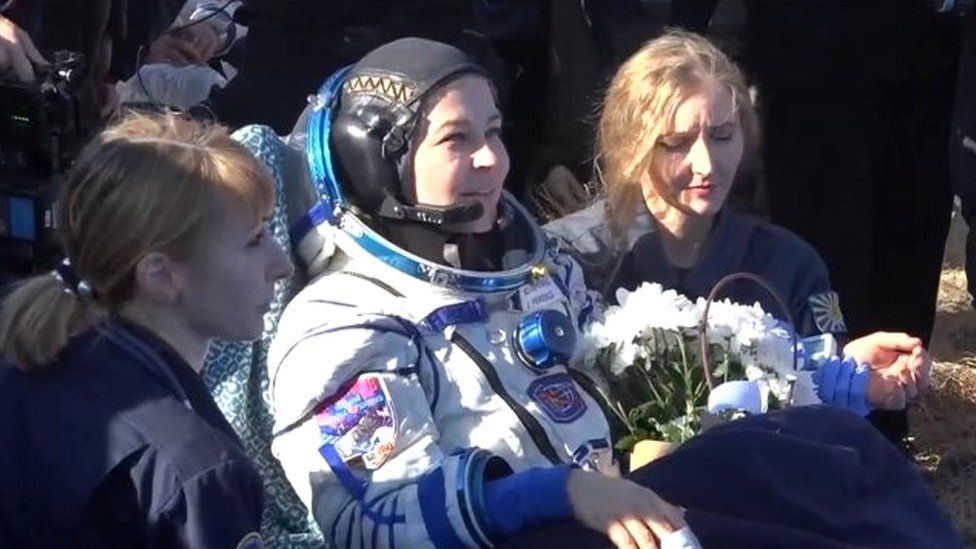 A Russian film crew are back on Earth after wrapping up scenes for the first movie shot in space.

Klim Shipenko and actor Yulia Peresild left the International Space Station and landed in Kazakhstan – to be met by a crew filming touchdown scenes.

The ISS shooting was not without drama – suitable for a film called Challenge.

On Friday the ISS unexpectedly tilted after a glitch in its thrusters, pausing filming. It was not thought to be part of the script.