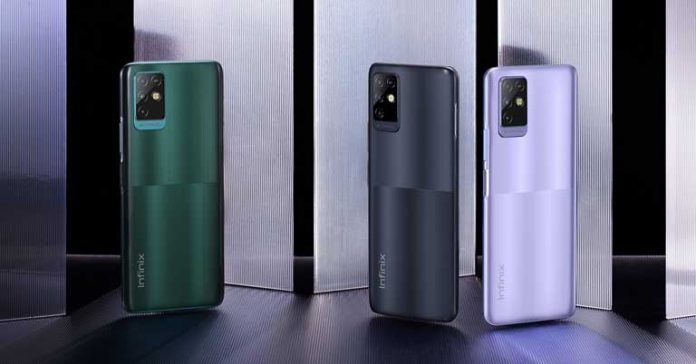 Ola Electronics has just announced the Infinix Note 10 in Nepal as a successor to the Note 8 from last year. It brings some major upgrades to the display. Anyways, lets learn more about the device along with its price here.

Infinix Note 10 features a 6.95-inch IPS LCD panel which is the same size as last year’s Note 8. However, Infinix has upped the resolution from HD to FHD. This screen supports a 90Hz refresh rate and a 180Hz touch sampling rate. The panel has a centered punch-hole cutout instead of a pill-shaped one for the selfie camera. 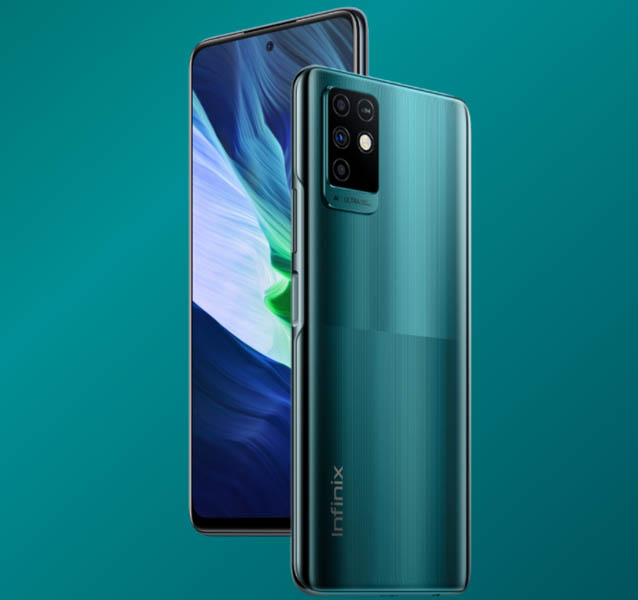 Infinix is also boasting a brightness of 480 nits and a color contrast ratio of 1500:1. Similarly, the screen-to-body ratio is listed at 91%. At the back, there is a left-aligned rectangular camera bump. The phone is available in four color options – Black, Emerald Green, and Purple.

Under the hood, the device packs MediaTek’s Helio G85 chipset which is basically the G80 used in Note 8 but with a higher clocked GPU. The two Cortex-A75 performance cores on the G85 can reach up to 2.0GHz while the six Cortex-A55 cores have a maximum clock frequency of 1.8GHz. Similarly, the Mali-G52 MC2 GPU is clocked higher at 1000MHz on the G85 instead of 950MH